Video Credits: RBKD
Picking up from where the story left off in Unriddle, the feisty duo Xiaoman and Zhengyi continue to be beleaguered by cases of complex crimes beyond their imagination. Worse still, a loved one gets incapacitated by a mysterious mastermind. Faced with doubt, can the duo overcome all obstacles and capture the perpetrator? Back by popular demand, Unriddle 2 boasts the original cast of Rui En, Chen Li Ping, Tay Ping Hui, Zhou Ying, Xiang Yun and Joshua Ang. The new season will also see Elvin Ng join the set as a member of the Criminal Investigation Department, also Rui En’s nemesis! 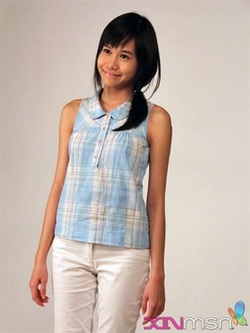 Xiao Na was sold to a brothel and was to be a prostitute but she is born with AIDS, she is unable to take up this job. Thus she works in the brothel as a cleaner. She does the cleaning chores daily and met Shi San by chance. Shi San falls for Xiao Na after seeing her at her workplace. As days pass, Xiao Na and Shi San slowly developed feelings for each other.

One day,she was rescued by Shi San and joined Da Bao's "Family".

Will  Xiao Na and Shi San have a happy ending? Will Xiao Na eventually die due to AIDS?
Catch up the episodes at XinMSN Catch-up TV!